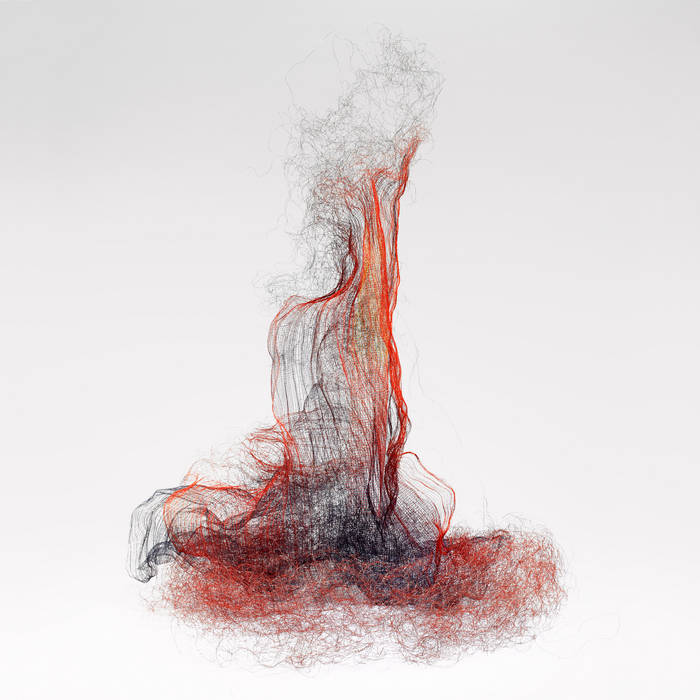 On Sutarti Joshua Sabin draws influence from the compositional structures and psychoacoustic properties that exist within early Lithuanian folk music, exploring the emotional potency of the human voice through the manipulation of elements of archival recordings.

Obtaining access to the folk music archives of the Lithuanian Academy of Music and Theatre Ethnomusicology Archive from the outset of this project, Sabin felt a particular resonance with the extensive library of vocal recordings and specifically the song forms of the Sutartinė. Derived from the Lithuanian verb 'Sutarti' - to be 'in agreement', 'to attune' – Sutartinės are a Lithuanian form of Schwebungsdiaphonie - a distinct canonic song style consisting of two or more voices that purposefully clash creating extremely precise dissonances and the phenomena of aural ‘beating’.

Inspired by the psychoacoustic research of Rytis Ambrazevičius, whose computer analyses reveal the unique acoustic and harmonic complexities in these archival songs, and transfixed by what Sabin describes as their “arresting and often almost plaintive and minimalistic beauty”, he sought to compose directly with the recordings themselves as a raw material.

Sutarti exists fundamentally as an emotional 'response', presenting archival voices through radical recontextualisations that Sabin hopes simultaneously express both his personal perspective and experience, and also speak universally to the power and versatility of the voice as a communicator of meaning and emotion.

Produced with archival recordings, instrumentation including, Skudučiai and Fiddle, and field recordings of Lithuanian forest ambiences.

Joshua Sabin is an Edinburgh based composer and sound designer, who’s first LP “Terminus Drift” was released on Subtext in 2017.

Done as part of the Netherlands Institute for Sound and Vision's RE:VIVE initiative in collaboration with the Lithuanian Archivist's Association and the Baltic Audiovisual Archival Council

Bandcamp Daily  your guide to the world of Bandcamp